Is marijuana legal in Barcelona? It’s not a simple question however, although the answer is yes, the matter is more complex. Marijuana is legal under specific conditions, in fact, according to Spanish laws, marijuana is legal in the whole country only for personal consumption and the circumstances are not always this easy and linear.

The answer to the question “is marijuana legal in Barcelona?” is then “Yes, but only in small quantities for personal use and until the cultivation, possession and consumption happen in private spaces. Let’s dig more deeply in the matter.

Is the black market of marijuana legal in Barcelona?

In theory yes, in Barcelona you can legally buy marijuana coming from the black market. Being caught buying marijuana from a pusher is not a crime in Barcelona but it will lead to a fine. Fines are pretty high, starting from 300 to 400 Euros or more. For this reason the best solution is joining a private Cannabis club among the many existing in Barcelona.

Yes, cannabis clubs in Barcelona are legal. These clubs are indeed completely private associations and therefore respect the rules that regulate the purchase, possession and usage of cannabis in Spain. Moreover, being private entities, all the activities happening inside of them are protected by Spanish constitutional laws in terms of privacy. Unfortunately, being private, these clubs are places that are not open to the public and to become a member of a cannabis club you need to be introduced by someone who is already a member and who would function as a sponsor.

Can people legally give marijuana to their friends in Barcelona?

Yes, friends and collaborators can legally give weed to their friends without committing a crime. As usual, it’s important to follow some rules. First of all the use of the received cannabis needs to be strictly personal given that marijuana is legal in Barcelona but it’s not possible to give it to others even if it’s possible to consume it in the many clubs in the city.

Is it possible to cultivate marijuana legally in Barcelona?

Yes, it’s possible to cultivate weed legally in Barcelona as long as you respect some simple rules. First of all, the plants need to be in a completely private space outside public sight. The number of cultivated plants should not exceed 6. If these rules are followed then the cultivation of cannabis is totally legal and it’s possible to share the product with your friends, otherwise you might be fined.

In which cases is marijuana illegal in Barcelona? 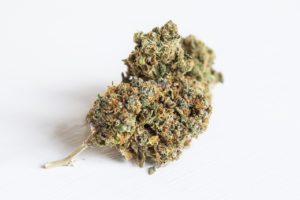 After this brief introduction it might seem that buying, cultivating and possessing marijuana in Barcelona are legal and always permitted activities. It’s actually not, given as it’s illegal to exchange or consume marijuana in public spaces or if you possess an excessive quantity. The personal possession of cannabis has never been prosecuted as a crime in Barcelona, as long as you remain in a private place. Instead, when you consume or possess cannabis in public places you can be fined even if in Barcelona, just as all over Spain, marijuana is not illegal. Then, yes, marijuana is legal in Barcelona but its consumption is regulated by rules that need to be followed and whose breach only lead to civil implications. However, the body of law that regulates these rules in Spain is not that simple as the privacy laws are quite complex. If, for example, you leave a private place, your own place or a cannabis club with some cannabis in your pocket, you can be fined if caught in the streets.

If police found weed in your pockets and seized it, and, especially if the person is a tourist or a foreigner, it would fine him. But in the same way, if weed was hiding in a more “private” place, such as underwear, police wouldn’t have done anything. According to privacy laws, the police is not allowed to search your private parts without a formal reason. It’s not possible to consume cannabis in public either although it’s common to see people smoking on the beach or outside a club. These behaviours are risky and being caught will lead to fines. Moreover, negotiating with local police is never fun! It’s important to always keep in mind the first rule in terms of cannabis consumption in Barcelona: “keep your things private!”.

If you want to buy and consume cannabis in Barcelona, the best way is joining a private cannabis club. You can choose your favourite one and most of them can be found in the city centre and in the “Ciutat Vella” zone. The next step is finding a sponsor who will introduce you to the club. This is the only obstacle for a tourist or a foreigner trying to become a member of these clubs. There are no restrictions on joining clubs for tourists or foreigners but only a precise set of rules that you need to follow to be admitted.

What are the rules for cannabis consumption in the clubs?

The Cannabis clubs in Barcelona are like associations that commit to cultivate and produce marijuana for their members. Paying for weed is considered as a donation to a friend for the time spent cultivating the final product. The majority of the clubs limit the total number of grams that can be bought every month and also impose a daily cap.