9 facts you need to know about cannabis clubs in Madrid 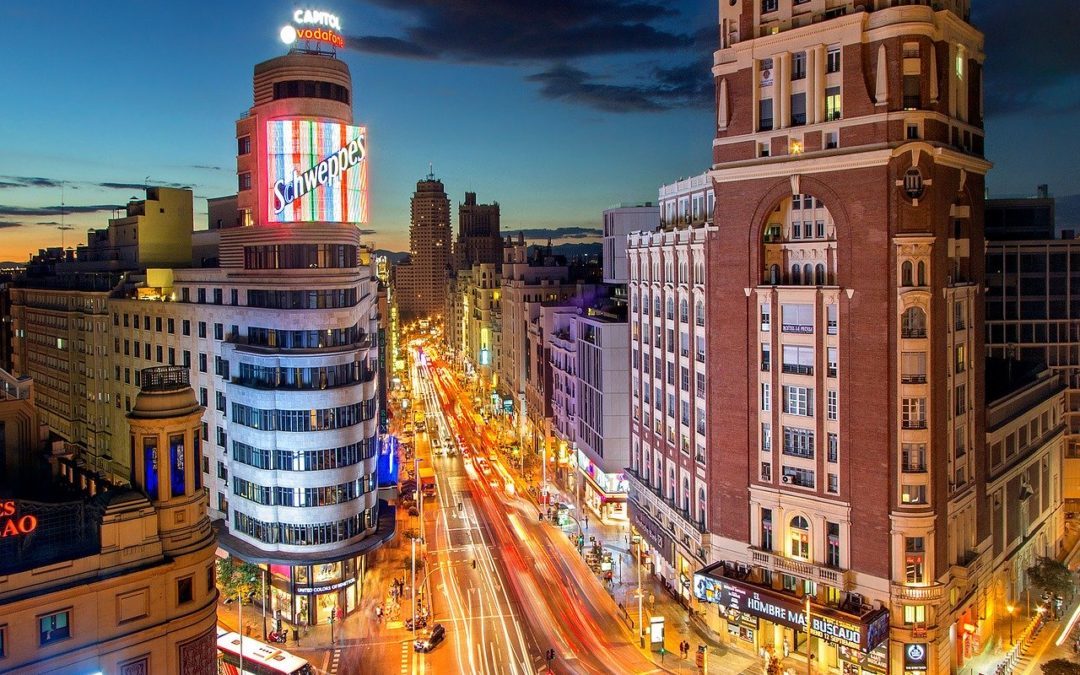 9 facts you need to know about cannabis clubs in Madrid

Are you looking for Cannabis in Madrid? If you are a usual cannabis consumer and you are leaving for the Spanish capital, there is some information you need to gather. You need to know that cannabis clubs in Madrid have nothing to do with the ones in Amsterdam. They have some rules that you really need to know before getting there and asking for admission. In order to make your holidays special and to avoid unpleasant situations, here is a list of essential points to keep in mind. Read it and consider every single point carefully and everything will be fine!

1) Madrid is a market still in expansion!

You need to know that, as opposed to other Spanish locations, the cannabis clubs in Madrid appeared a little bit later. It’s a phenomenon still growing, and new places are opening so as to make the choice wider and more interesting.

Although there is no law for the existence of this clubs, the principles of individual freedom and of association protected by the Spanish constitution allow their existence. These are basically a sort of association whose members delegate the cultivation of their own plants and where you can buy and consume cannabis freely. Madrid, as I said, experienced a slight delay in the spread of this phenomenon, however at the moment counts for 80 cannabis clubs. It also seems like it destined to reach the level of Barcelona where the phenomenon has started years ago.

2) Will Madrid become the new Barcelona?

If you are used to Barcelona and the relative ease in finding a club, Madrid could sees lagging behind. As I mentioned, the cannabis market in Madrid spread later. Madrid, moreover, has not enjoyed the permissive laws of Catalonia just like Barcelona. Anyway, the growing trend makes us think that it will soon become the capital of cannabis.

You can find an updated list of the social clubs in Madrid where you can buy marijuana on the website weedmaps.com. I suggest you to have a look at it!

If you want to access a cannabis club in Madrid, you need to keep in mind that it’s not that easy! The first requirement to gain access is to be introduced by an existing member of the club! Although the reason sounds anti-economical, this is due to the legal situation of cannabis in Spain. This means that there is no law that allows the consumption and the cultivation of cannabis but there is still a legislative gap. The cannabis clubs take advantage of this legislative void and of the fact that being protected by the articles in the Constitution, they have a right to exist simply because they are PRIVATE. They aren’t public places because the consumption of cannabis in public is not allowed! Every cannabis club in Madrid is dedicated only to its own members and it features a strict selection.

According to the rules, to join a cannabis club in Madrid, you need to provide a valid Spanish address. This meant that many people having their residence somewhere else had their access refused. Actually and fortunately it’s not always this hard! For many clubs you just need to show a temporary address just like a hotel or a B&B where you are staying and only the most exclusive clubs will ask for your real permanent address!

Cannabis clubs in Madrid generally offer different joining options. Opposite to other places like Barcelona, you can find other options beside the yearly subscription! In Madrid you will be able to choose among one, three, six, twelve-months subscriptions. This is a convenient solution that helps limiting the number of members in a club. You will be able to create the pass for your period of stay. This way the club won’t have too many inactive cards and you will spend less to join.

6) Legal rules for the purchase and transportation

If you join a cannabis club in Madrid, you need to remember that the transportation and consumption of cannabis is illegal. You will have to consume everything in the place where you purchase it! According to the law, cultivating and consuming cannabis are allowed only privately! If you really need to transport it, keep in mind that the Spanish law forbids searchings without the mandate. This means that if you carry a small quantity of cannabis for personal use, you will have to keep it in your underwear. No one will search it there!

Always remember that Spanish constitution only protects those who smoke in private places: at home or in a club you will be able to do so. I strongly discourage you from smoking in public! The checks are frequent and being caught smoking in the streets would end up in a fine. The checks might be unpleasant so pay attention and try not to be tempted!

You should not carry your cannabis with you as the police checks are more frequent in Spain than in Italy and it might not be that nice being caught!

Instead, you shouldn’t worry if you are joining a club. The police intervenes only when the club is not following the regulations or they are involved in illegal activities. It’s true that given their power, most of the clubs make sure they do not do anything illegal. The clubs protect their autonomy and the clients’ privacy putting some practices in places to be in line with the law. Once you are in, you will be protected and you won’t face any issues with the police.

If you are a habitual consumer of therapeutic cannabis, I must tell you that it’s impossible having it prescribed in Spain. The law does not allow doctors to prescribe cannabinoids! However this is not an issue: you’ll just have to request the access to one of the many cannabis social clubs in Madrid and you will be able to buy what you need. You will have to pay attention to the transportation: if you need cannabis to consume at home, you will have to be discreet and I suggest you to buy just a limited quantity.

9) The clubs as a solution to criminality

The cannabis clubs in Madrid are a legal and effective solution to fight against criminality and drug dealing. They allow their consumers to buy cannabis in protected and controlled environments without incurring in unpleasant situations. Do not buy cannabis in the streets but always trust a social club!